What You Need To Know About Hard Gelatin?

Gelatin is a translucent proteinaceous substance that is colorless, practically tasteless, and brittle when dry but elastic when mixed with a precise amount of liquid. In the presence of water, it produces a semisolid colloid gel with a temperature-dependent gel–sol transformation and viscoelastic flow. Crystallites (microscopic crystals generated during the chilling step of capsule shell manufacturing) sustain the three-dimensional gel network structure and are responsible for gelatin solution streaming birefringence. 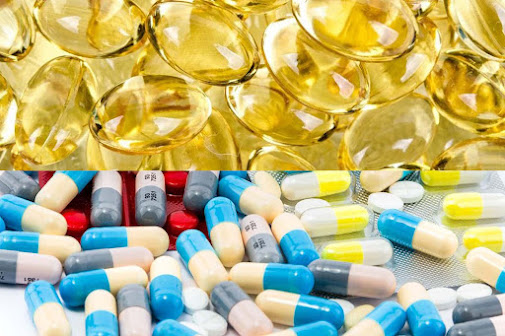 The cap and body of a hard gelatin capsule are made up of two parts. The body is slightly smaller than the cap's diameter and fits inside the cap. They are manufactured unfilled and then filled in a different process. The body of the capsule is filled with the medicament, then the cap is inserted over the body during the capsule filling unit operation.

To suit the production and use requirements of hard gelatin capsules, the forms and interlocking arrangement of the body and cap have changed.

Hard gelatin capsules are frequently used to create unusually difficult medicinal compounds. A drug candidate with a low melting point or that is liquid at room temperature, for example, has poor tablet manufacturability, especially if the dose is high. A liquid or semisolid-filled hard gelatin capsule can be used to encapsulate such a substance.

Furthermore, when manufactured as a tablet, very low-dose medications can face content homogeneity issues. When these medications are encapsulated as a solution in a liquid or semisolid matrix in a hard gelatin capsule, their distribution can be considerably improved.

The intrinsic high moisture content requirement of gelatin causes the disadvantages of hard gelatin capsules. Highly soluble salts of pharmaceuticals, such as iodides, bromides, and chlorides, are not usually put in hard gelatin capsules because they might pull moisture from the shell, making it brittle. The shell can also become brittle when stored in low humidity conditions, such as when using desiccant in packing. Furthermore, gelatin is susceptible to cross-linking in the presence of very low (parts per million) formaldehyde concentrations, which can be found in pharmaceutical excipients such polyethylene glycol (PEG).

Hard gelatin capsules have less residual water in their shells (10–16 percent w/w) than soft gelatin capsules (30 percent w/w). This can directly affect the stability of the encapsulated formulation by increasing the rate of deterioration via chemical degradation (e.g., hydrolysis) of water-sensitive chemicals or plasticization of the reaction medium with water. Furthermore, the high oxygen absorption rate of soft gelatin capsule shells can contribute to the oxidation of sensitive medications.

Popular posts from this blog

Types of Dosage Forms of Capsules

By e-Definers Technology November 21, 2020
Undoubtedly, Nutraceutical & Pharmaceutical products are progressively being regulated as capsules. These have numerous points of interest over tablets which, as of not long ago, have been the more generally embraced measurements structure. Capsules are presently accessible in an assortment of shapes, sizes and materials, each case for the most part containing a solitary portion of a functioning fixing. Likewise, with tablets, certain different excipients might be fused in the material that is stacked into a case. These incorporate dormant diluents, greases and glidants, wetting specialists and disintegrants. The capsule shell may likewise join antimicrobial additives, fillers, seasoning specialists, sugars and shading operators. There are two types of capsules utilized for nutraceutical and pharmaceutical products – soft capsules and hard capsules. Traditional capsules are produced using gelatin, which is a generally created creature-based item. Even more as of late hydroxypropylm
28 comments
Read more

HPMC Capsules Are the Choice of the Health Conscious Generation

By e-Definers Technology March 06, 2019
Health is one of the biggest concerns of the 21 st century. More people are leaning towards adopting fitness regimes in order to live a healthy life. In recent times, the population of health-conscious people has seen a dramatic increase. People are continuously looking for medicinal products made from natural ingredients. This is especially popular behavior among users of health supplements. The biggest advantage of natural supplements is the absence of side effects. Gone are the days when the health conscious people were only looking for physical results. Today, they are more interested in consuming stuff that won’t affect their health in the long term. This often means quitting animal-based supplements and choosing plant-based ones. Rise in Demand The popularity of green pharmaceutical or supplementary products is witnessing never seen before growth. One of the biggest reasons why people are preferring products made of non-animal ingredients is the presence of negligi
19 comments
Read more